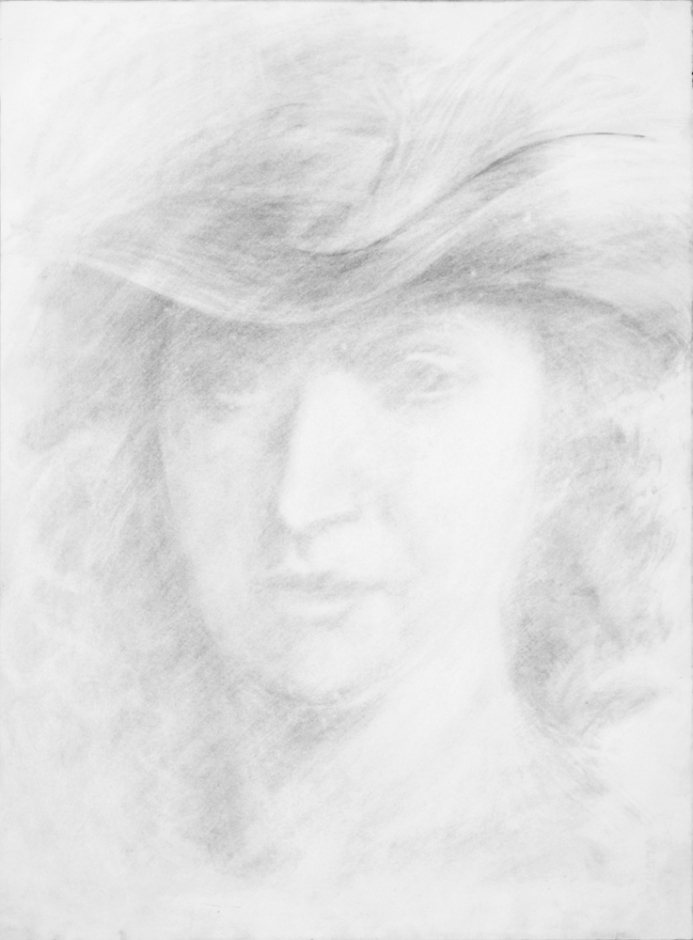 Charcoal, eraser, sandpaper on paper
Adélaïde Labille-Guiard (1749-1803) was widely regarded in her day for her portraits in oils and pastels and was one of the first female artists to be admitted to the French Academy of Art. Alarmed at the presence of women in its ranks, the Academy took steps to limit the number that could be admitted at any time. Her campaign to lift the restriction was to no avail so she set up an art school for women. Her work was later misattributed to the most famous painter of the day, Jacques-Louis David and later critics noted, “What a man this woman is.”