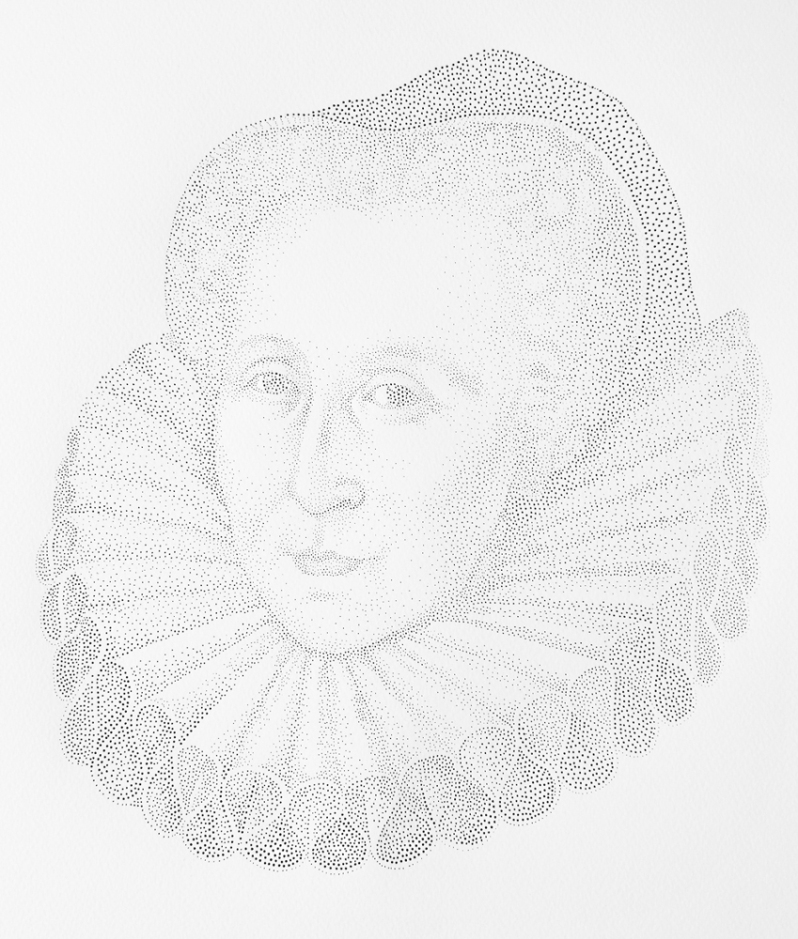 Elizabeth Hardwick (1527-1608), better known as Bess of Hardwick, navigated her way upwards through Elizabethan society through a series of marriages. She became the wealthiest woman in the land, aside from the Queen herself and was given the responsibility of guarding the captive Mary, Queen of Scots. Through this 15 year captivity, the women and their maidservants made a remarkable series of embroidered wall hangings. The most famous of these are a series of works preserved at Hardwick Hall which feature notable women from antiquity as their main theme.