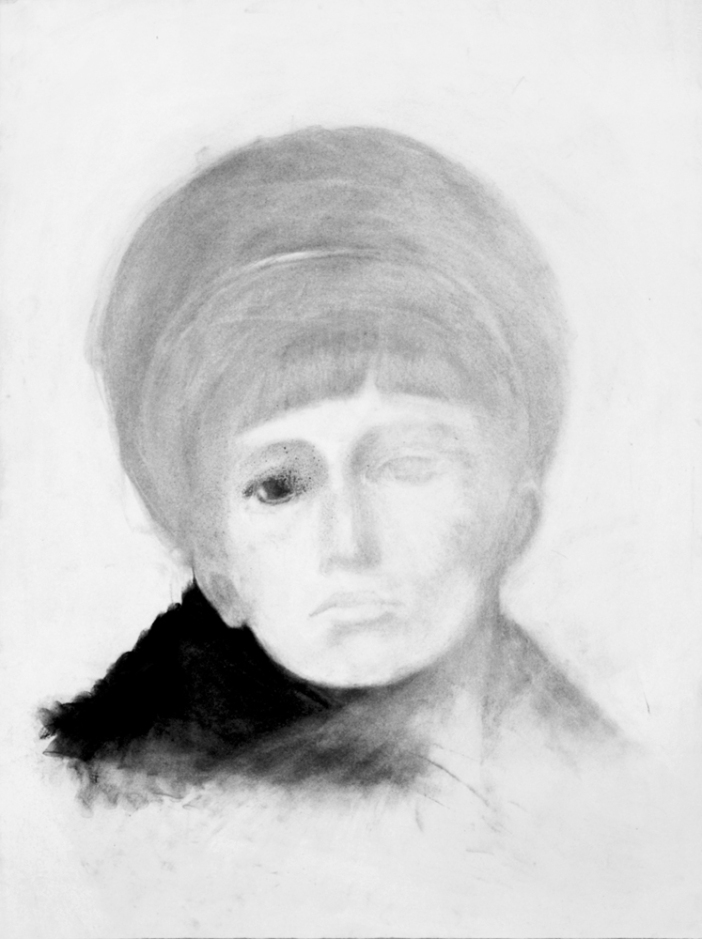 Charcoal, eraser, sandpaper on paper
Ellen Day Hale (1855-1940) was from a family of artists and writers and was active in the American painting and printing scene of the time. She was a pioneer of colour etchings, alongside her partner, Gabrielle Clements. She travelled and exhibited widely in America and Europe, including the London Royal Academy and the Paris Salon. One critic noted that she “displays a man’s strength” in her self- portrait – suggesting a skill outside of that expected of most women.