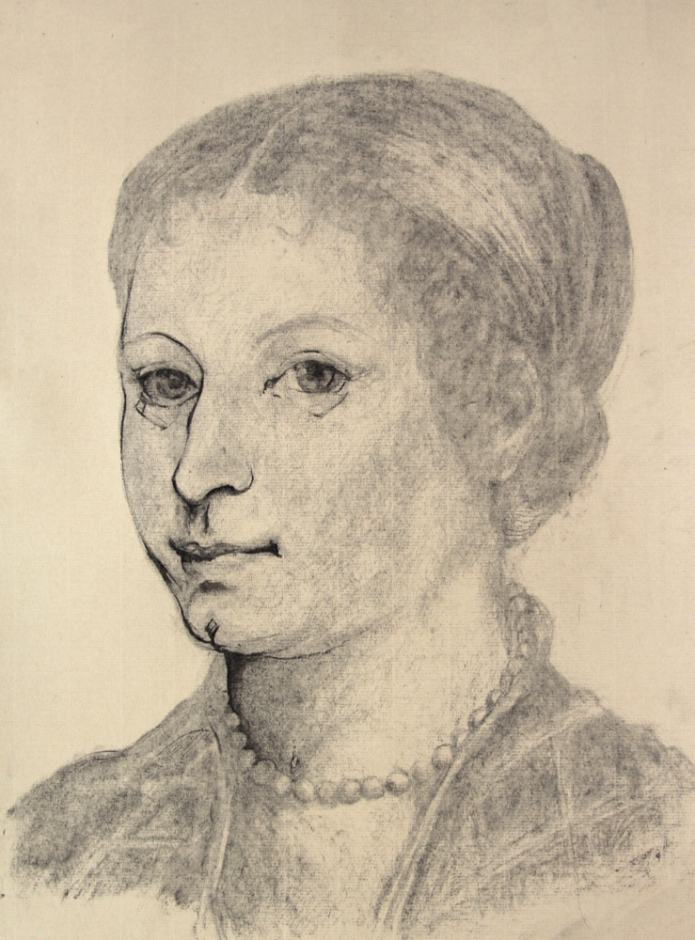 Charcoal, eraser on paper
Marietta Robusti (1560-1590) was the daughter of the famous Italian painter Tintoretto and their style of painting is so similar that it was said to be hard to separate the two. However, only one self-portrait is now all that is positively attributed to her.
She was an apprentice at his studio and dressed as a boy until the age of 15, which gave her the freedom to travel out and about with her father. Though she had offers from the royal courts of Europe to become a court painter, her father refused to let her leave his studio. Eventually, he did allow her to marry a local man on the condition that she stayed within his studio until his death. When she died in childbirth a few years later, his studio output slowed considerably.