The Brooklyn Navy Yard, located on the Brooklyn side of the East River in Wallabout Basin, was once America’s premier shipbuilding facility. This historic bend in the river can be linked to its earliest occupants, the Lenape, also known as the Delaware Indians. In 1637, Walloon Jansen de Rapelje bought 335 acres of Rennegachonk territory from the Dutch East India Trading Company which became known as Waal Bought, Dutch for Bend in the River or Bay of Walloons.

In 1781, John Jackson bought a part of Rapelje land and constructed the area’s original shipyard on the muddy marshlands. The U.S. Government purchased Jackson’s land for $40,000 in 1801 and by 1806 transformed the space into an active naval yard. Robert Fulton’s steam frigate, the Fulton, was constructed and launched on this site in 1815, as well as many other historic vessels. The Brooklyn Navy Yard population increased to a workforce of 18,000 during World War I and 70,000 during the height of World War II.

The Navy Yard was decommissioned in 1966 and was sold to the City of New York for $24,000,000. In 1971 the yard reopened as a City-owned industrial park. Today the park, operated by The Brooklyn Navy Yard Development Corporation, houses over 40 buildings, 230 tenants and 5,000 employees and continues its mission to create and retain industrial jobs in New York City with a strong commitment to environmental sustainability and the celebration of the Yard’s rich history.

This exhibit spans the varied work of the Navy Yard Artists and examines what similarities, if any, bring the group together. The vast gallery space also plays a major role in the exhibit. The void becomes as important as the artwork allowing for transitional meditation and the opportunity to reflect on the history of this alternative gallery space.

Because it is so distinct, the Yard is at once quintessential New York City, as well as an escape from the City. These dichotomous poles help drive the rare energy present here. The Navy Yard thus becomes a silent muse for its occupants. For some it is simply an escape, yet for others the post-industrial environment serves as a constant source of material. Whatever the inspiration, this perpetual energy enables artists with an unforgettable space to contemplate, create and share their work. 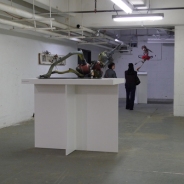 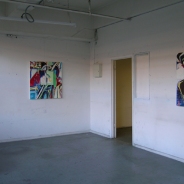 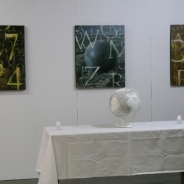 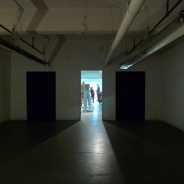 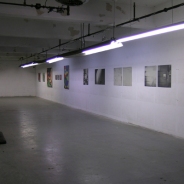