inLINE is an investigation of line, online @ galleryELL.com.

A line may consist of a mark or stroke — a plot from one point to another. Backward, forward, crisscrossed, curved. No matter the direction there is movement from point to point. A line represents a series of continuous points, people or places, fixated in time and whose duration is dependent on memory. Line is not necessarily temporally linear, it can be cross and multi-dimensionally linear. It is the journey of one point to the next that is the task in focus.

The idea of, “one point to another” can shed itself in many ways. Each tier unfolding a new dimension of understanding revealing the possibility therewith in. Whether marking specific points in space, or depicting an infinitesimal linear path throughout the cosmos, we encounter lines everywhere. Such marks define, locate, separate, divide, detach, sever, connect, bridge, link, unite, carry, transport and move our everyday.

From simple line drawings, to conceptual ideas of line in performance, the artist has long been fascinated. artists navigate lines everyday and can take one step further by recording and transcribing them. The very decision to remark on the line creates a new standard on which to understand it — visually, temporary, even audibly — through a new lens of multiplicity. inLINE represents a look at six different approaches to dealing with line throughout a studio practice, a continual journey of remarking, defining, stretching and discovering.

In this recent series of paintings, Joel Bacon is primarily interested in colour. Taking it a step further the surface becomes a matrix of plotted space in time. He layers surfaces in a ritualistic and calculated way, as if the plots yield some boundary or are representative of some type of monoculture. “Since my desire is to evaluate color choices and how they effect ‘abstract’ art making I chose to start with a simple grid. The grid acts as a recognizable framework upon which I lay down what I will call color ‘membranes’.” Joel’s “membranes” layer uniformly to create a grid of ritual build from line, a framework for his devout attention paid to the sculpting of space and time through line.

Kate McGraw brings us to another ritual. One less about precision and more of energy and endurance. The impact is a visible transcription of actual emotion: heat, love, desire. These energy works bring line in the form of break and restart — a persistence that comes form truly knowing something. “My drawing process is the investigation of time-based, energetic and physical space between darkness and light. My drawings are the translations of my experience within this duality — honoring spectral light while recognizing its periodic moments of absence.” Kate’s ability to see the “in-between” gains the trust of the viewer and enables them to navigate these timescapes with a new sense of knowing.

Time continues to play a roll in the drawings of Kariann Fuqua. At first notice, the maps seem to make emblematic boundary and time. “Using [data from the National Oceanic and Atmospheric Administration], I am creating drawn mappings of the movement of the [Gulf of Mexico Deep Horizon] oil spill to visually re-contextualize the evidence of the disaster. … I am investigating the ambiguity and duality of a man-made disaster that conjures images of the sublime, where both the beautiful and the horrific intersect.” The time-lapsed images of beauty created from the horrific disaster enters a new thought of line. One of duration and memory. The line we draw to prevent future disasters and the line we travel until we decide to allow for further discovery in the wait of future disaster.

From time to the network of space, line travels throughout the work of Jiyoun Lee-Lodge as a result of her immediate surroundings. The interweaving of line develops a network, building upon each other, spaces create voluminous caverns and deep valleys and incorporates specific inhabitants. This use of line rolls with the imaginary as much as the tangible, so-much-so that the imaginary becomes tangible. “My kaleidoscopic abstract paintings deal with hybridity, identity in flux, and the fragility of memory. The experiences I portray come from a sensory level; I imagine tracing everything I perceive and feel around me — sounds, smells, emotions, and circumstances.” In her search, Jiyoun’s own timeline acts as source and reference point, further enabling precision when marking on form and space between and around her.

Deanna lee’s paintings draw a familiar line to the immediate surrounding and yet shifts the image to a linear character in a linear setting. Lines weave to create intricate objects at once formed by a skeletal system interwoven with nerves and muscle, while also creating an armored skin, and impenetrable surface of rigidity. This seemingly polarizing affect actually brings the viewer to a new space, one of the in-between. The space in-between subject and object. “The[se] clusters grow in an organic fashion and in relationship to lines I have already drawn. The resulting masses of line clusters evoke organic forms (like hair, muscles, and fungi), natural systems such as waves and wind currents, geological strata, and topographical maps.” Deanna’s attempt at understanding identity comes down to line and objects build by them, one-by-one. The developing mass of space and object forms a line for the viewer — a passage in which to sense line in place.

These drawings by Mitch Patrick take us to yet another variation of line and bridges this exhibition as the harvester of material almost predominately from online sources. The building of a system, like software code, existing in one form on the page, becomes an informal conversation in translation. Mitch is interested in, “drawings that account for evanescent media imbued experiences; an e-mail from a previous lover, an album by Harmonia, information in-between what is seen, my line of sight transposing over windows, the lack of periphery, anticipating liberation, and seemingly lost in an electric menagerie to wander in the midst of.” This cross-disciplinary relationship between the virtual and real represents some other form of dialogue in a line creating meaning through simultaneous interfaces. Mitch’s translation creates a new language built from common sources, yet transformed to something newly discovered.

Though approached differently, these artists have shown a commitment to and a fascination for line. Whether by obsession, or just in passing, each artist has dedicated a certain amount of time to further understand the movement from one point to another. As we travel through our own day — line in and line out — we may imagine space and time in our own vessel. The lines we create throughout our day. Now imagine the line drawn by your loved ones, by your neighbors, by your city. Line. Lines. Continuous, overlapping and everywhere. 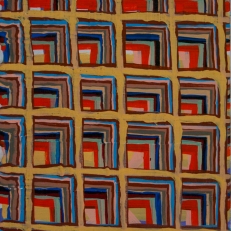 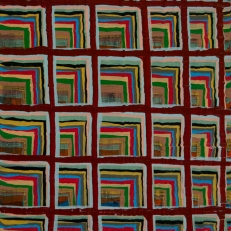 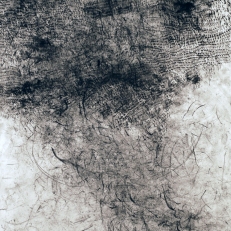 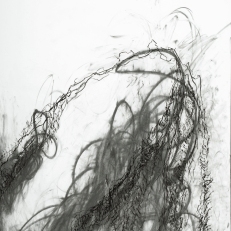 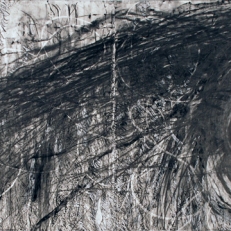 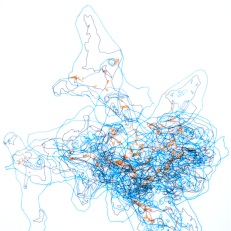 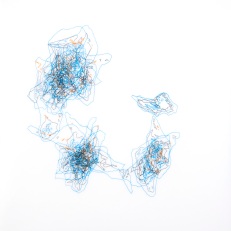 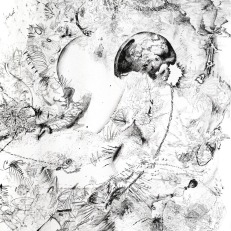 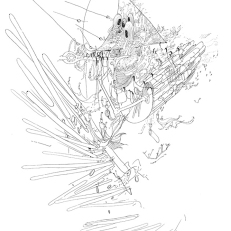 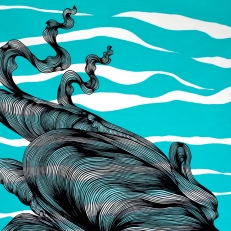 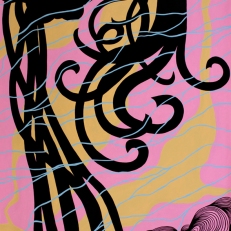 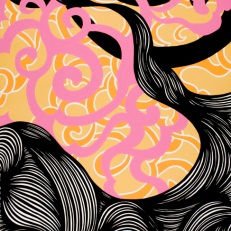 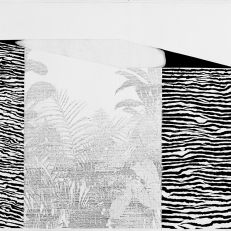 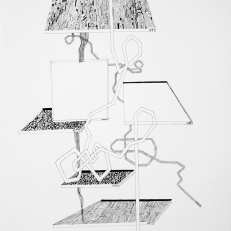 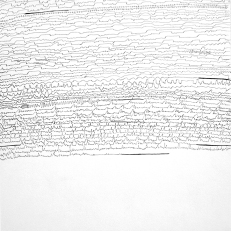 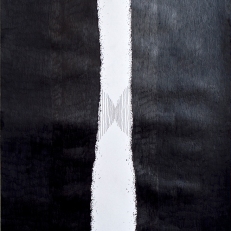 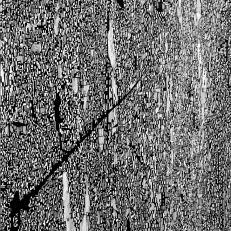 inLINE is available for travel to your venue. for more information please contact us.

all work in this exhibit is available for sale. please contact us for more information &/or to view work in person.